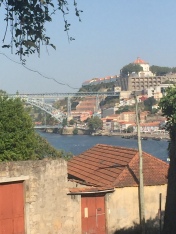 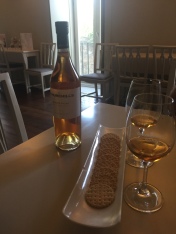 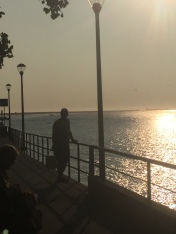 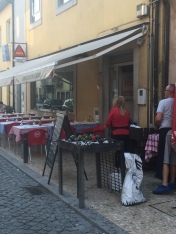 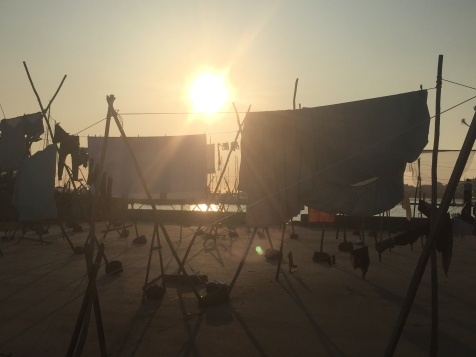 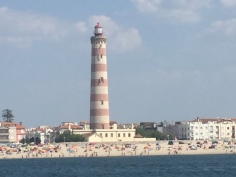 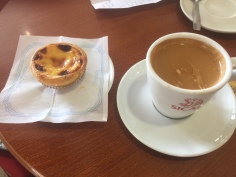 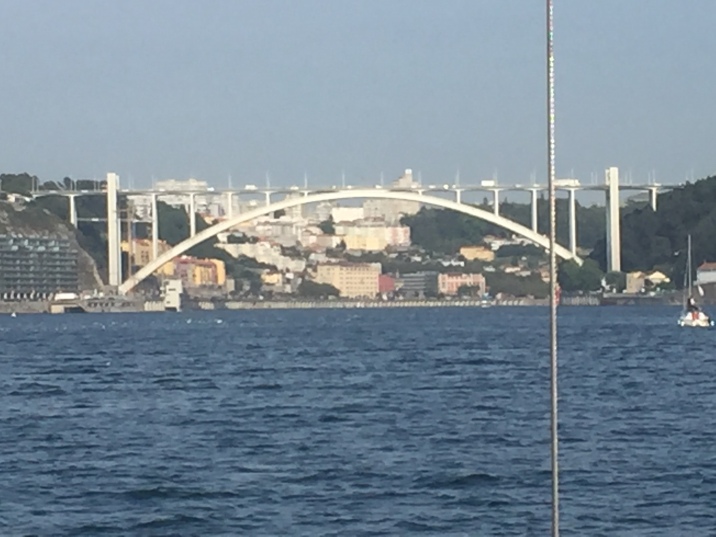 From door to door until the light,

Loose and warm and smooth and sweet,

Oxana dances on her private stage,

Daniella lures them into her cage.

The Porto river pulls out to sea,

and drains the anger out of me.

The music flows into my ears,

and calms the storm that rages here.

Through these doors I am revealed,

my twisted heart is washed and healed.

“And would you like fresh bread delivered to your boat in the morning?”

“And we can book you in for a free Port tour and tasting at the best Port producer in Porto, just let us know an hour that suits you and I will arrange”

“There is a free shuttle bus that will collect you from the Supermarche and bring you back here with your shopping when you like plus a lovely wood fired Pizzeria 5 mins walk from the marina. And we have a gym, showers, laundry and a nice seafront bar all for you!”

“And the old fishing village of Afurada is 5 mins away along the Douro river side, full of tavernas with fresh seafood BBQ and small cobbled street alleys, the prettiest in Porto. Now how long would you like to stay?”

Douro Marina was a delight and just the perfect introduction to our couple cruising. We sorted out the boat now we had it all to ourselves, spreading out into the now spare two cabins. I found my “nice” clothes in a locker, it was like catching up with old friends! I also unearthed my shoes, “Imelda Marcos collection” J had labelled them! This all proved to be quite therapeutic as I had experienced a real dose of the blues that morning as we left Bayona and sailed south down the Portuguese coast. It was pretty lumpy and I had a collision of headaches, fatigue, aching back, mosquito bites and homesickness. I retreated to my cabin to give in to it. I was enjoying the trip of course but three words from my Mum in our phone call the night before resonated in my head “I miss you”.

A chat with J later in the afternoon resolved the blues and we decided I would either pop home as soon as feasible or fly her out to join us. I know how important I am, we are, to her as she is on her own having lost Dad over 20 years ago and my brother 6 years ago and part of deciding to go on this adventure, was that we would return frequently to visit so as to make the 11 months away not seem so long. She had urged us to go and follow our desires, she has never stood in my way in any of my ideas, proud of the trips and travels I go, but never stops being a Mum that worries about me. “Keep your wits about you” she advised. Having three adventurous sons, I know where she is coming from. https://www.wildernessscotland.com/blog/wild-child-parenting-adventure-addicted-children/

Cleaned up and dressed in nice clothes – and shoes – we strolled along the Douro river under the huge bridge that is the trademark of Porto and admired the alleyways slipping off up the hill, winding their way to hidden residences of terracotta roofs and creamy walls. We found a workman’s café serving a set lunch of homemade soup, bread, salad, rice and grilled meat or fish plus beer or  wine for 5 Euros! It was nice to get out the baking sun and we sat in the cool cafe, the staff joking with a toothless local while they cooked and we used the WIFI to sort out a rental our youngest son was taking on with his girlfriend back in Glasgow. A new adventure for him as he commences University and she a career in law, exciting times.

“I prefer the Ruby” I decided after hearing all about the Port making and sampling White, Tawny and Vintage as well. I still could only think of this drink at Christmas with Stilton and it seems to linger around for a few weeks while the cheese hardens and is usually the last to go once we decide the eating has to stop and we need to be in bed before 2 am and up before 10am as the routine of work rears its head in early January.

“We’ll take a bottle of White” states the Captain, as we are converted by the smiling tour guide, that it is perfect served cold as an aperitif with some salted almonds. Just need to buy some almonds.

After the softest and best tasting bbq squid, plus falling off the bones sardines, we have ever had at a pavement cafe, we sat out in the cockpit finishing a glass of red when an attractive, tanned couple wandered over.

“Ve are trying to vork out what flag dat is?” The tall gentleman mused.

We had cheekily made our version of the Red Ensign incorporating the St Andrews cross instead of the Union Jack, in the red surrounds.

This lovely Danish couple came aboard, joining us in the red, they were on a similar trip as us but had 2 years to spend, he was a fine wine importer (hearing this J hurriedly moved the cheap bottle of Chilean red from view!)   and had worked out he could run his business remotely so could take longer away if needed. She was lovely, with a cute upturned nose that wrinkled in disapprovement when she told me of her friends’ plans to join them but had changed their minds as “ Ver too busy!” They gave us some recommendations about Porto as had been there 10 days, the lure of fresh bread deliveries hooked them! They also marvelled at our speed of 20 days from Oban to Porto, they had left Jutland 5 months ago, however they were coastal hopping the whole way down, avoiding long sails as much as possible. They had crossed the Bay of Biscay on a short crossing of 3 days but she sighed ” It vos ‘orrible, big big waves and scary!” I was glad we stuck to our plan of staying out the bay, beyond the Continental shelf to avoid these conditions.

I did envy them a sighting of a blue whale though.

We left Douro, after the morning bread delivery, and made our way ever south to Aviero, accompanied by dolphins leaping inches from my toes as they dangled over the bow. They stayed for ages, their inquisitive eyes meeting mine. I could smell them, an oily fishy but strange pungent odour – unique to them. Their puff out of breath, synchronised with my giggles. What wonderful creatures they are, choosing to come and interact with us. We would often see a small group of them some way off and then realising we were passing they would turn and career headlong towards us like a pack of farm collies seeing a car speeding by their place and run, barking and yelping to chase it along at the tyres side. Game on! Running, swimming, leaping, jumping, splashing.

Evening anchor at Aviero, a small lagoon just off an air force base, my plan to get a swim thwarted by the enormous Lion’s Mane jelly fish, cruising around the boat like intergalactic aliens, trailing their stingy tentacles metres behind them!

The military bugle from the base sounded evening meal time and I served up a risotto of grilled peppers. The area around was a nice mixture of local industry, salt pans and fishing with a large cargo dock, cranes towering over the huge container ships.

It is always a pleasure sitting at anchor in the evening watching the sea birds feeding, delicate terns dipping in the surface and gulls constantly squawking over someone’s catch.

Morning sun beckoned us to get moving and we enjoyed a strong sail along the beach lined coast. I was unaware how much beach there is in Portugal, it is endless and unspoilt looking.

Lying back enjoying the sun, my legs crossed over the sides, I was suddenly splashed by a large tail fluke of a big dolphin as if to say  “Hiya lazy bones, come and play!” This group were much bigger in body size but still the common variety and raced across the bow until they bored of the game and shot off as quickly as they had arrived.

I called home and had an upbeat conversation with Mum and we decided on her coming out to join us in Sicily for her 90th birthday in November, perfect. A happy chat with my middle son and his fiancé made me feel right at home with tales of a hazy BBQ the night before with the local mountain rescue team and home made decorations for the forth coming wedding in Catalonia coming along nicely. All is well, so am I.

The sun began to fade as mist gathered and I felt a coolness and dampness  necessitating a wee cardi. The mist thickened and the wind died until we were in a thick fog bank. Visibility was down to 10 m and we slowed right down keeping a careful watch as fishing buoys appeared suddenly through the gloom. For an hour or so we crept along, fog horn at the ready until I spied a dark shape on the port side, the break water at last.

We edged in and up the river, small fishing boats looming out the fog every so often, until we saw the entrance to the marina at Foz.

Tied up next to a Netherland boat, heading across the ocean to Suriname ( I smiled as I remembered my youngest son spending new year there while on a year’s charity project ) on our port and an English boat, cruising like us, on our starboard. We breathed a sigh of relief safe in harbour, I was pretty proud of the skipper navigating our way here in such conditions. Time for that chilled glass of White port – still think I’d prefer Ruby.